Although North Seymour Island covers an area of only 2 sq km, it is the perfect place to spot wildlife. The visitor site is just a trail on the southwestern part of the island, where I had to give a way to a passing sea lion and some marine iguanas. The whole island has a low, flat profile with a tiny forest of silver-grey Palo Santo trees where a limited amount of tourists can watch Blue-footed boobies nesting on either side of the trail. Mating pairs perfomed their courtship dance and further along the rocky shore lies a white sand beach where large flocks of sea birds mass together. 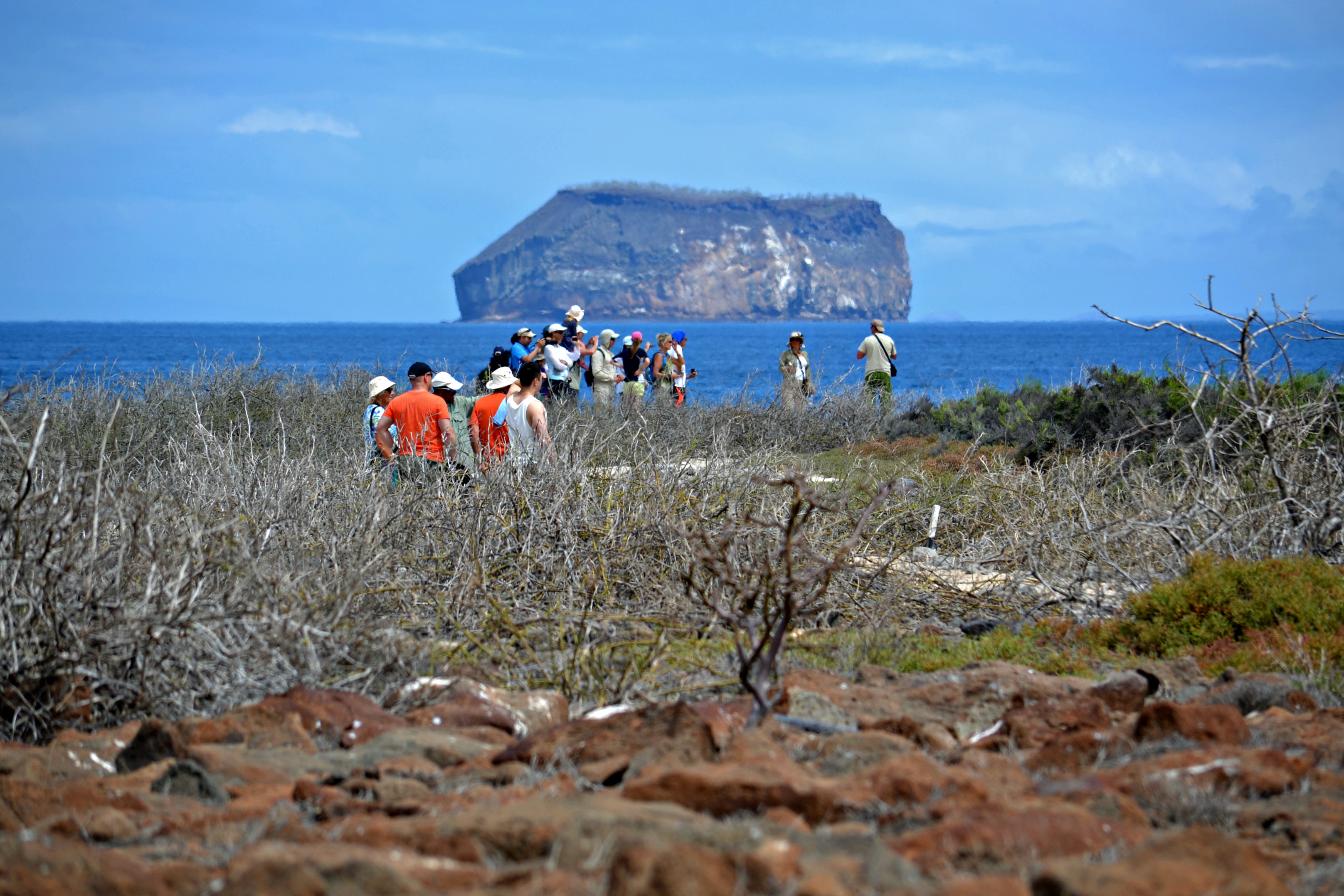 The trail in North Seymour Island turns inland and reveals the largest nesting site in the Galapagos of the magnificent frigate bird. Therefor, this island was – together with Isla Bartolome – my favourite island and very recommendable to visit on your Galapagos trip, if you ever have the chance to go.

Animals that are regularly seen:

My trip to North Seymour started the 2nd of May 2014 around 8AM. I happened to go on the tour together with the girl from New Zealand, as we booked our excursions in the same travel agency. We were transferred to the Canal near Isla Baltra, from where we would board our boat to head further to North Seymour which is more northern in the archipelago. We were lucky to have a great group for the day so the ‘travel conditions’ were excellent! However, I got a terrible cold from all that snorkeling last days. I guess I should be more carefully with cleaning my snorkel gear so I don’t get infected by the bacterias on it… 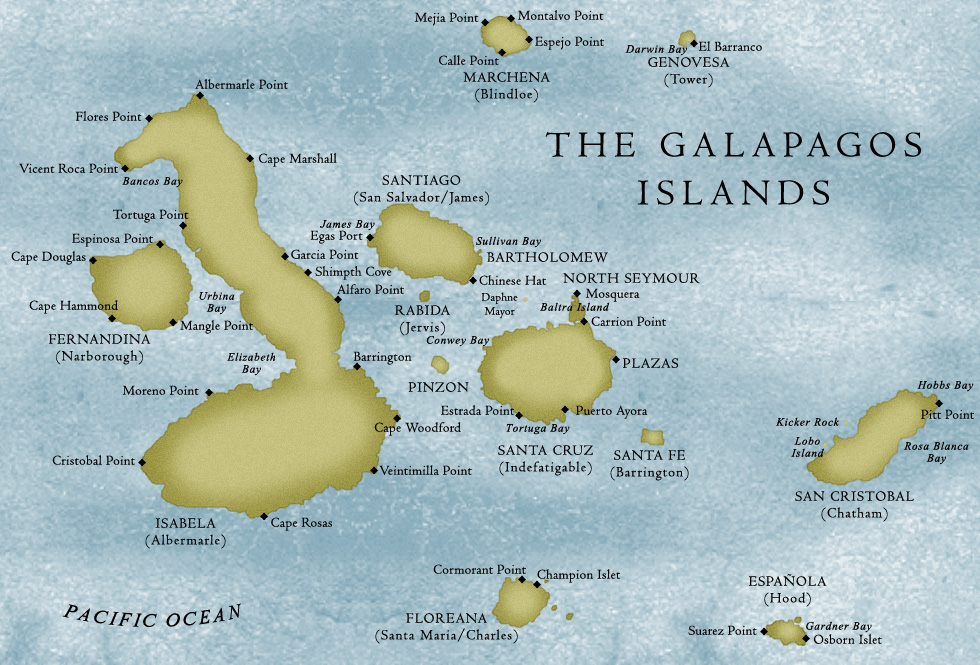 Map of the Galapagos Islands

Around 10AM we arrived. After a dry landing with the zodiac and being greeted by some sea lions near the cliffs, struggling to get on land on some slippery rocks… Our discovery could start! Aparrently, only 2 groups of 16 persons a day were allowed to step feet on this island each day, so I felt really lucky one of the happy few!

The walking trail was only about 2,5 km but it was super super super hot as there was not shadow at all. Even the birds sat with their mouths wide open and feathers up to get as much air as possible to cool off.

Magnificent Frigatebirds / Juveniles with their mouths open to cool off

Words cannot describe how amazing and unbelievable it was how many birds and iguanas I have seen there that day! 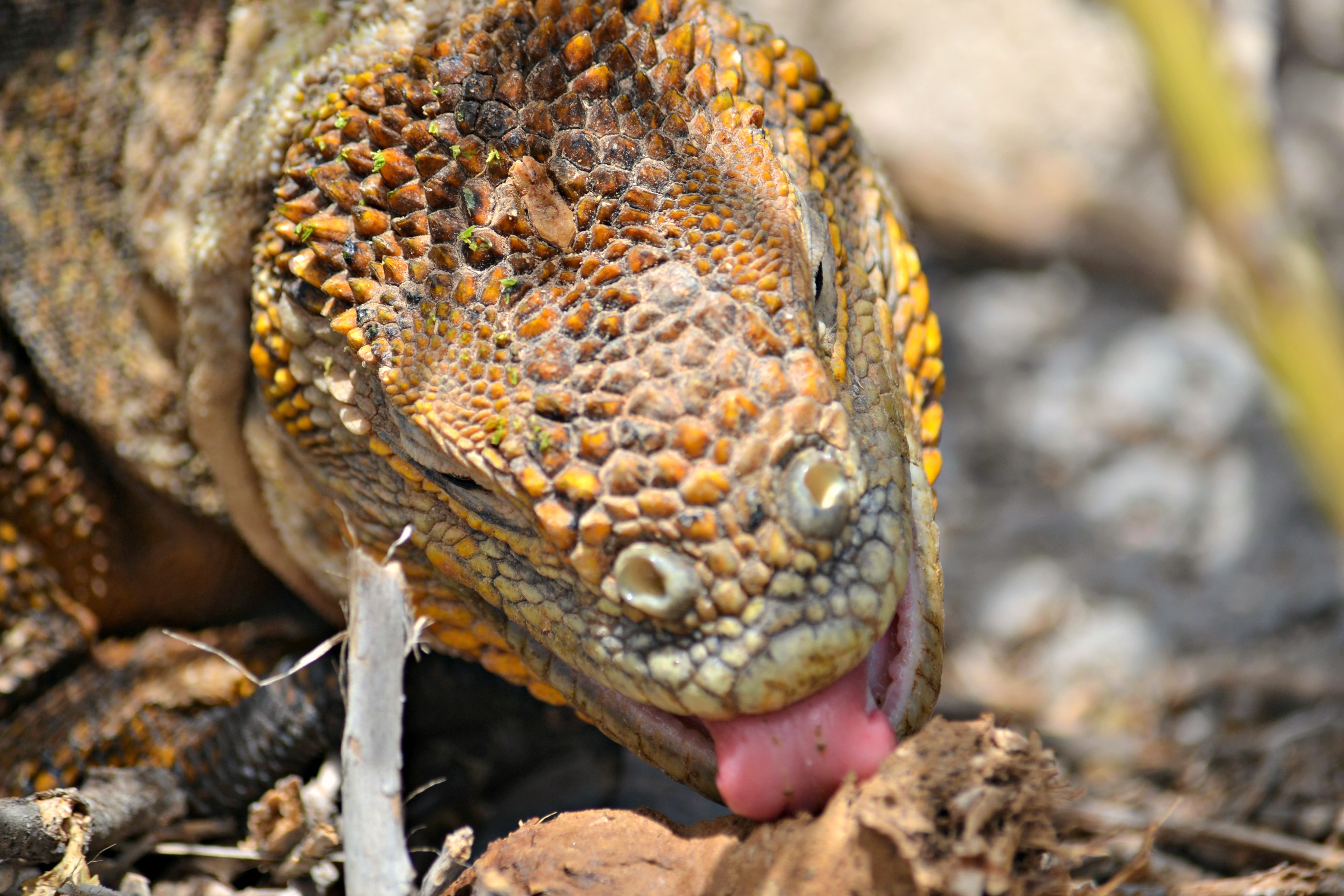 The Frigate Birds and Blue-footed boobies were all nesting and flying around. It was understandable that our Naturalist guide was very strict with us walking not further than 4 meters away from here presence. We all had to stay together and we had to keep always at least 2 meters distance from the nests and animals.

Luckily, I had brought my 200 mm lence so I could take wonderful pictures from far away (zoom in).

Because of the constant heat, I guess the whole group was happy to go back on board after an hour of walking around and listening to the interesting stories of the guide.

A short boat ride away we went snorkeling in the deep sea. To admit, I did not see anything very special today comparing to the other days I went snorkeling, except from some more tropical fish. Via the zodiac I struggled myself back on the boat. I also had some troubles with my mask today as it constantly fogged.

Back on the boat, I enjoyed another delicious and well deserved lunch with fish, beans, rice and some watermelon. Afterwards, we headed back to Santa Cruz, where we had a wetlanding at Playa de las Bachas to end our day with some daily portion of PARADISE.

The site visit Las Bachas is located in the north of the island of Santa Cruz, and the beach has a total length of about 1 km long.

The name Bachas originates from the Second World War, when the U.S. Army left two barges (or “barches” in English) thrown away on this beach, the first settlers could not pronounce the name correctly in English so made it Playa de las Bachas.

It was truly a paradise on earth being on this beach, but there were a lot of horseflies too and it was really hot, so after an hour we were happy to get back on the zodiac to head back by boat to Puerto Ayora. 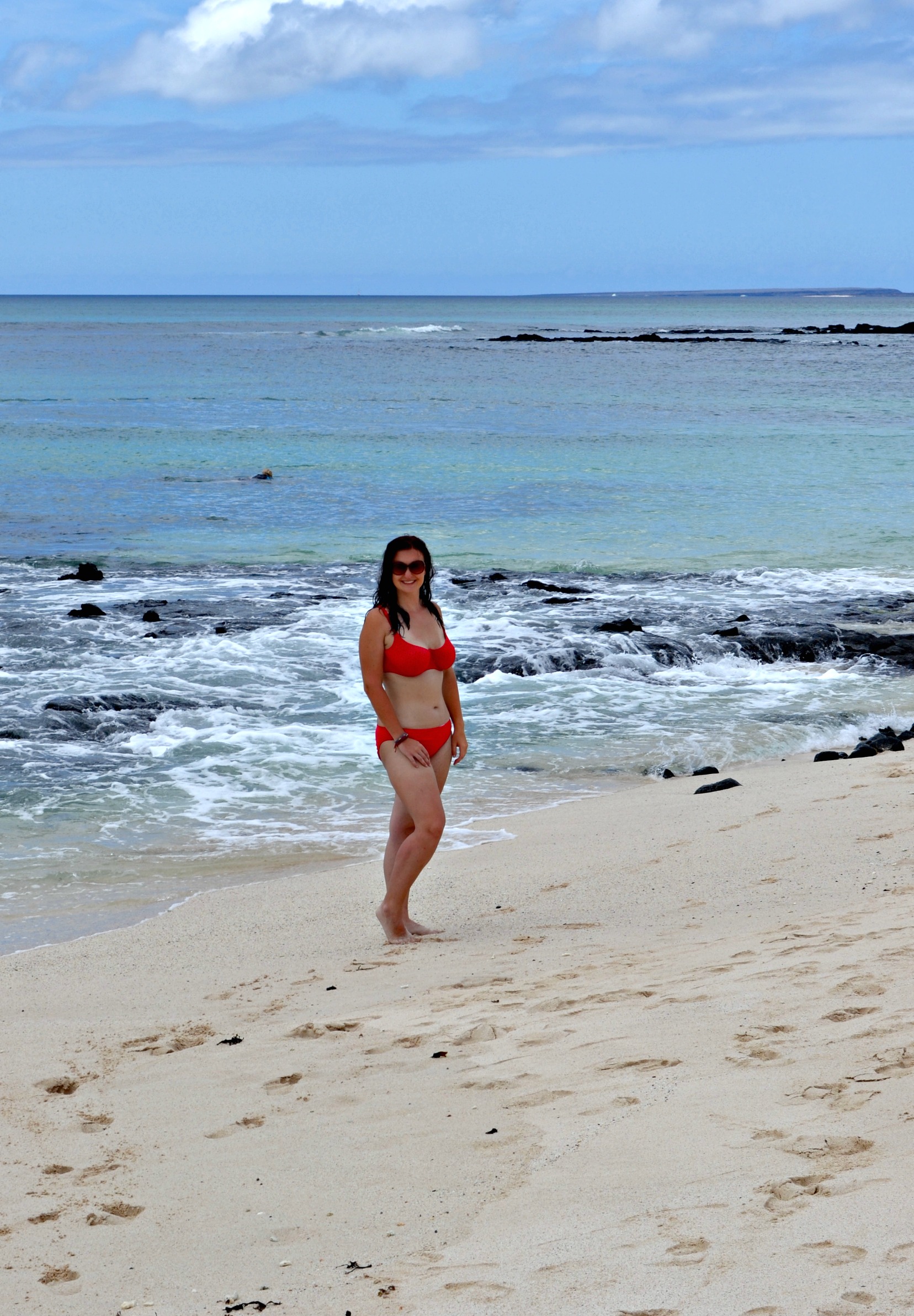 Me at Playa Las Bachas, feeling like a *godess*

It had been one of the most amazing days during my time on the Galapagos Islands so far, and I have made a lot of pictures.

In the evening I went to a travel agency to book a trip to the island of Isabela, as I got an inside tip from one of my fellow travellers who got a very good deal there. It was a very unexpected but good decision to book that trip and so I had suddenly a plan for the next days!

Later that night, I met my volunteer group in Santa Cruz, as they had taken the ferry now from San Cristobal too to enjoy their free weekend off. We had dinner together in a local restaurant and chatted about last week, them volunteering and me exploring the islands…

Next stop: ISABELA (6) –> Keep following for the next destination