The last week of the 10 week program with The Leap was pretty intense. Not only did we do the Ruta del Sol (Itinerary of the Sun) – Guayaquil, Montañita, Puerto Lopez – and party hard every night of the week, we also came to the final moment in which we had to say goodbye to each other. Many tears flooded and emotions were strong. We’ve had a great team and nobody wanted this journey ever to end, I guess. Last but not least, I will reveal some YOLO story in this post… So keep reading and find it out! 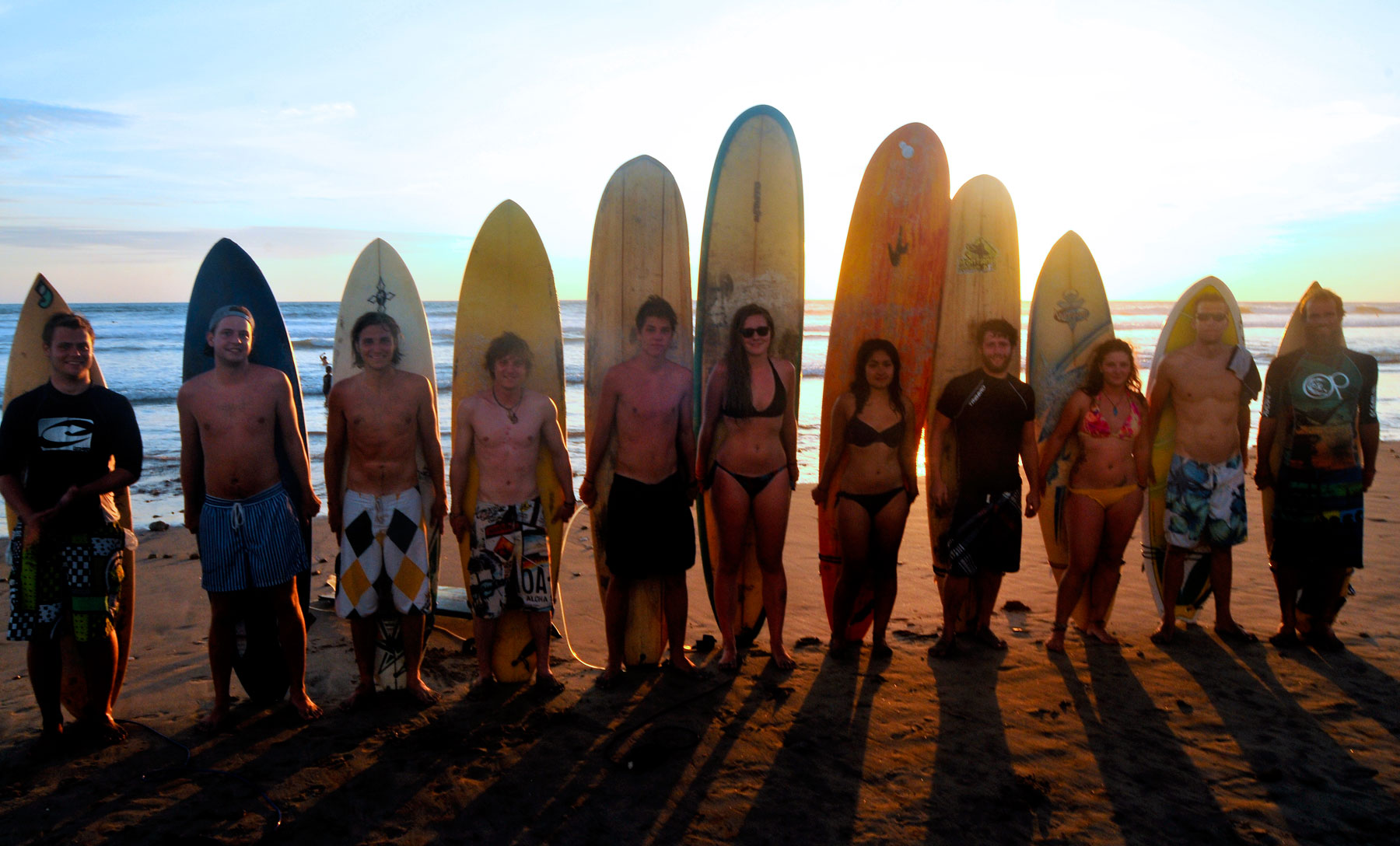 The Ruta del Sol could better have been called Ruta del Alcohol, because to be honest we’ve seen more alcohol than sun that week. I do not really have much more to tell in this blog post then that we ate, slept, drank and partied. We started our itinerary in Quito, after returning from Mindo, and woke up at 3AM to catch a bus early in the morning towards Guayaquil.

With almost 4 million people, Guayaquil is the largest and most populous city in Ecuador. Located on the coast, it is as well the nation’s main port. The Malécon 2000 is the symbolic center of the city, with much green and many shops in the area. We only had a few looks from out of the bus, driving along the city to the bus terminal. So we did not spend much time there, just a quick hop to catch the next bus to Montañita, and had lunch in Mc Donalds!!! What a fancy bus terminal they had there!

We arrived around dinner time in Montañita and enjoyed our first night out partying as it should. Montañita is a small coastal town in the south coast of Ecuador. It is translated as ‘little hill’ because it became famous so slowly. It is a place for surfing and used to be a rustic fishermen town. In 1960, some hippies settled in Montañita and now it is a popular destination for surfers from around the world. Moreover, it is considered one of the best beaches in Ecuador, and it has a great nightlife! We enjoyed the sunset and left for our first party night out!

Montañita is one of the few beaches in Ecuador where (European) women frequently go topless, according to Wikipedia. However, I am European but I did not do it… 😉 There was one night in which I wanted to go “skinny-dipping”, but eventually that did not happen. Guess we were not drunk enough… 😛

Another Wikipedia fact is that Montañita is the only place in Ecuador where marijuana is smoked freely. Marijuana is illegal in Ecuador, but you can smell and see it in the Streets every single day. 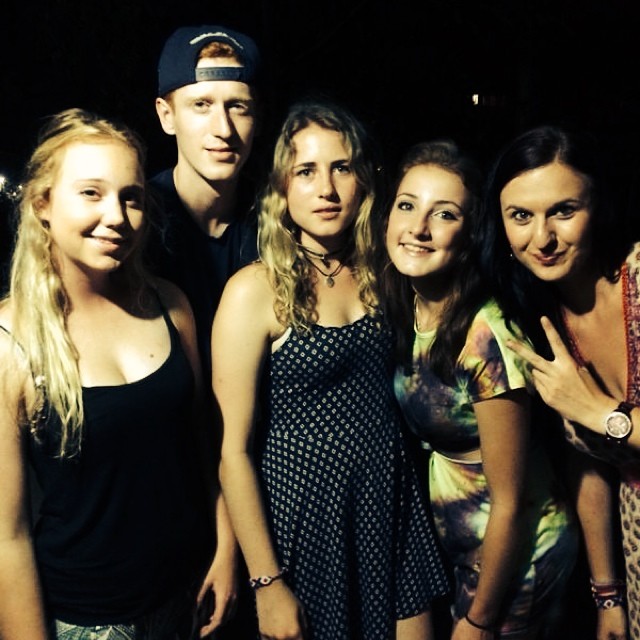 It is very common to hear reggea and reggeaton music on street corners, to see banners of peace symbols and hippies who hang around. Gay travellers should also very comfortable here, as walking holding hands is freely accepted.

The Streets of Montañita are filled with international bars, restaurants and cafés. Our favourite street was ‘Cocktail Alley’ where cocktails were freshly blended for $4,00 a cup. A cheap and eficient way to get our nights started!

The second day the other Leap group that was travelling through Ecuador in a different sequence, also arrived in this party town and joined our group for the daily celebrations. We had the whole hostel for ourselves, as we were 25 persons in total. The atmosphere was insane! ❤

I was happy to have the other (Dutch) group leader around for the next days, as most of the group members spent the daytime sleeping… We usually went out with them to party, but came back at a more descent time (as we were still on duty here!! Remember… Group leading IS an actual JOB). So during daylight we enjoyed food, drinks and terraces (paid by the company) and wandered around town… And at night we joined the groups for dinner and pre-drinking games.

The last night we planned a dinner with both groups together in the same restaurant and we bought some huge beertaps for all. Food and drinks were great, as usually here in Montañita, and we went out for a last – and of course even more crazy – night out. I think what happened in Montañita should definetely stay in Montañita, and that Montañita was a YOLO town more then any other place in Ecuador. We all had great fun, crazy memories and an incredible experience!

However, it was pretty hard to wake up all 23 group members to leave to the next ‘Ruta del Sol’ destination the day after. With some pretty sweet hangovers and a big lack of descent sleep, we left by public bus to Puerto Lopez. This is a a small fishing village set in an arched bay on the Pacific coast in the Ecuadorian Manabí Province.

On the streets near the beach you can find restaurants and beach bars with hammocks, while the other streets have some travel agencies where you can book a tour for whalewatching or fishing. Amberjack, dolphins, wahoos, marlins and tunas are many of the different species that you can see just off the coast. Of course, we only did the laid back activities and didn’t go whalewatching due to our time limit.

After a night bus back to Quito, our final day had come. I held a global evaluation session with the group and they filled in a survey. It was an emotional moment, and the results of the questionnaire were amazing. I got to read amazing comments and Yanapuma was very happy with this final results. They gave me 94% for my internship! Some examples of comments:

“Julie was like a friend but also led us really well, always making me feel safe. Did not distance herself from us but joined in with everything we did while still being responsible”

“Julie was brilliant throughout, very laid back but was strict and purposeful in the situations where it was needed. Even though she was our leader, it still felt like she was one of us in the group and that´s definitely a good thing”

“Julie has been an excellent leader. I have absolutely no complaints. She was extremely approachable, and dealt brilliantly when she had to take people to the hospital, for example. Being so close to us in age was imperative”

After a very last goodbye dinner, goodbye speech and goodbye breakfast, it was time to say GOODBYE – which was really hard. Of course there were many tears, more then I expected, but after all… It were tears of gratitude. This had been one of the most life changing experiences for each and everyone of us. For me, this had been the biggest carreer jump so far, and even though I had not find myself yet in this whole wide world, I came so much closer to myself, to what I feel as where I am born for. I felt truly blessed for this opportunity, for having such a great group and seeing such a beautiful country. There were no words to describe the feeling! 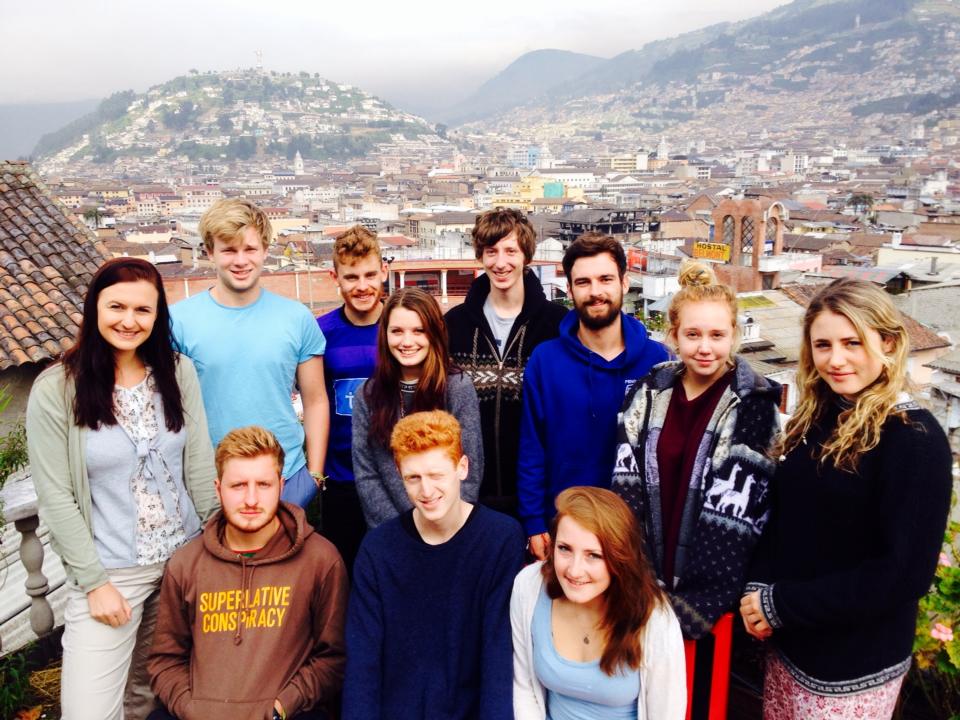 I kept it a secret for quite a long time, but now it’s time to tell it…. Where do I start…

I ended up buying a T-shirt saying “YOU ONLY LIVE ONCE, Montañita – Ecuador”. The whole group laughed at my for that, but that was not the YOLO mistake I was planning to reveal. YOLO, in our case was You Only Leap Once. But that’s a mistake: I’m going to Leap twice!!! Yep, you hear it well, I am off this summer to be a Group Leader again. The Leap offered me a job in Cambodia, a country of which I did not even know the capital city before now. But I looked at the program, saw it was great, booked my tickets and gone am I again the end of June. I am super excited for this new experience and I feel this is a perfect kind of synchronity in my life, as I was feeling my life needed a change. Thanks for the opportunities to The Leap, one of the greatest companies I know, just because they believe in young people who are motivated to gain experience and discover new horizons in life! #feelingblessed!