Time for an update again! This time I write about Thursday, when we were finally leaving the village of Pointe-aux-Piments for a first field trip with the Ethnographic Summer School to visit some museums and to explore the capital. I was looking forward a lot to this trip as I was curious to see the rest of the island. We did – of course – not manage to see a lot of the island in one day, but we did visit L’Aventure du Sucre and Aapravasi Ghat, an immigration depot. We also visited the capital of Mauritius, Port Louis, which was very nice. Read more about it bellow!

Visiting a Sugar Museum might sound like a rather irrelevant thing, but sugar cane is in fact all over Mauritius, and it has turned the sugar industry into Mauritius first source of revenue for centuries. L’Aventure du Sucre is now a museum but it is the former Beau Plan sugar factory, and according to Lonely Planet it is one of the best museums on the island. In my opinion, it is also one of the bigger museums I have seen so far, or at least way bigger than I expected to see on the island. It did not only tell the history of this sugar industry in great detail, but it also covered a lot of history of Mauritius, the slavery, the rum trade and much more! It was therefore quite necessary to walk around there for a couple of hours before heading to the next stop on our itinerary for the day.

At the end of the visit we were able to taste some of the 15 different varieties of unrefined sugar, and two of them were apparently invented in Mauritius. And last but not least, we could do some rum tasting as well, and tried 6 types of different rums, which was the perfect end for this visit. After all, for a museum it was not too boring and I kind of enjoyed this because of the interactivity and so on. 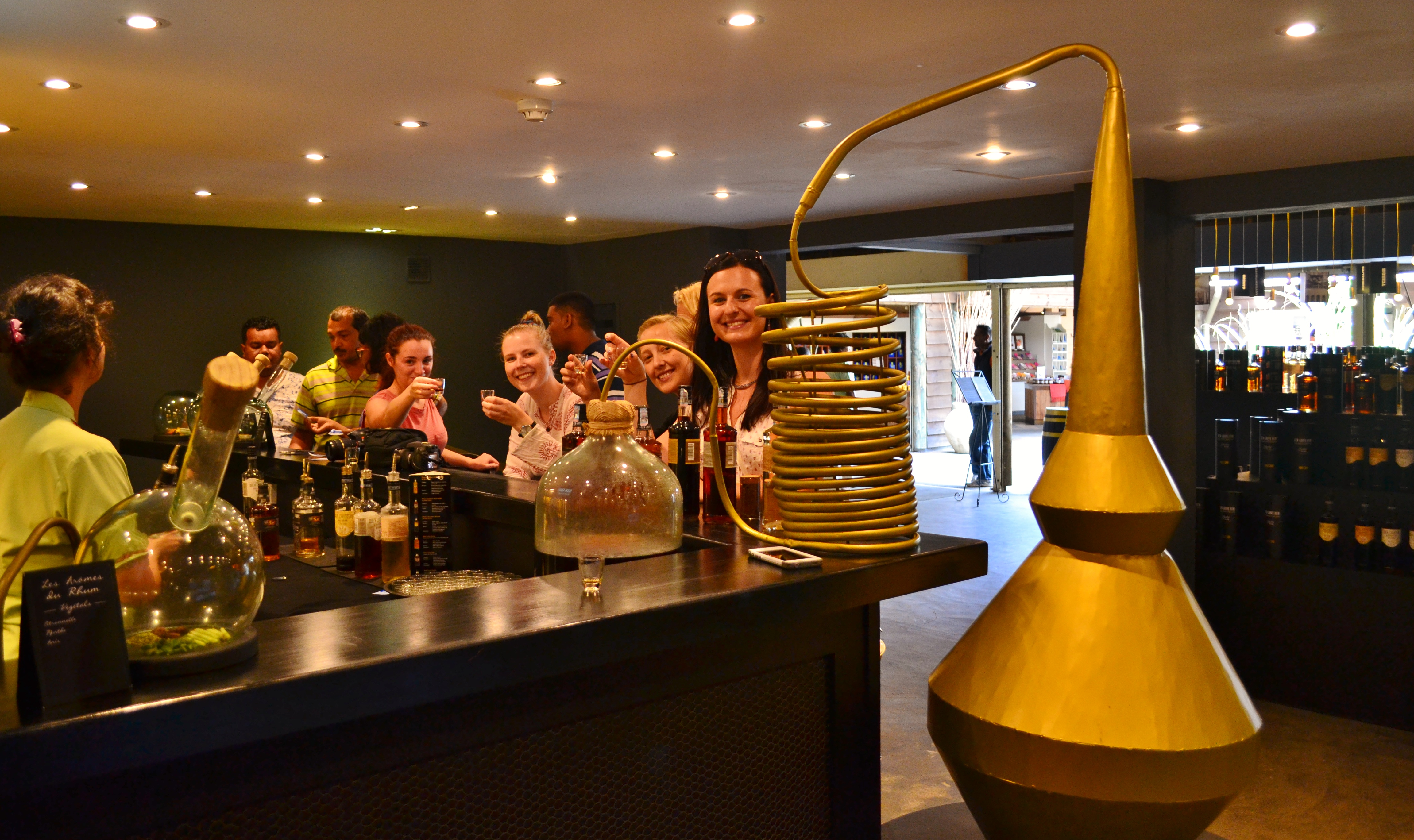 Time to continue our trip! The next stop was the Aapravasi Ghat, which is an Immigration Depot in Port Louis. In this building complex half a million of Indian indentured labourers passed through to be transported to the plantations throughout the British Empire (1849-1923). So it was actually a place used for Slavery under the British Colony. This large-scale migration is probably one of the main reasons why 68% of the current total Mauritian population is of Indian Ancestry. So I guess this also explains why we – as Anthropology students – had to visit this site of important reference for the local history and cultural identity.

I must say this was a rather boring place, where we were not even allowed to take pictures, and were we could not really see many interesting things according to my opinion, but hey… this ‘unspeakable’ named museum was recognized by UNESCO and declared a World Heritage Site in 2006, so I guess I am missing something here! 😉

Immigrant registration at the Aapravasi Ghat

By the time we finished our guided tour in “the museum of which I cannot pronounce the name”, it was finally time for FREE TIME and lunch in Port Louis, the capital of Mauritius.

We started with a strawl around Port Louis Market,also known as Bazaar Port Louis. It was obvious immediately that here you could find local products, cheap clothing, and local spices at the best prices, if you manage to bargain enough of course! I did not really buy anything, but I enjoyed photographic, looking around and seeing the amazing mix of cultures, religions, ethnic groups and so on huzzling and buzzling here all together. The vibrant city life was again something else than what I had seen in the village of Pointe-aux-Piments for the last few days.

On the other hand I feel also that the more you travel, the more all these markets are becoming a bit similar and boring when it comes to the products they are offering. However, I keep questioning myself about all this unuseful things that are being sold on markets and in shops in such cities. How can I explain this… Well, let me say that if I would come to live here, I would probably not be able to find out where to buy which products, because it seems like everyone is selling pretty much the same products, and in the same time I feel like the things I might need are not available anywhere. Does that makes sense? Probably not! Whatever… 😉

Locals Selling & Buying at the Streets of Port Louis

Enough Hustle & Bustle for the moment. We were actually starving! We had some Samosas (pastries which are stuffed with vegetables) and Gateaux Piments (chili cakes) on the road already, but now we were looking for a proper meal. Me and another student went to Chinatown, the Chinese quarter of the city to look for a little restaurant where we could find some nice food. Mission Accomplished, and no, we did not get sick afterwards! By the way, Chinatown is absolutely one of the nicest and most colourful parts of the city!

Lunch at a local restaurant

Well, after lunch we walked some more, but now towards the harbour, which is the more modern part of Port Louis. Here you can find “Le Caudan Waterfront“, which is a commercial development in the city. They are many (more expensive, European priced) shops, banking facilities, casinos, cinemas, restaurants, a marina and of course also a five star hotel, which is called “Le Labourdonnais”. It is obvious to me that this development has been created for the many cruise passengers that arrive here nowadays, but it is also a smart way to get some extra economic flows into Port Louis, I guess. But it still stays funny and a little bit ‘special’ how different areas in the city are so different from each other, while going smoothly over in each other without any problems, so it seems…

After that walk along the Caudan waterfront, it was time to head back. It had been a quite busy day after all. Home sweet home back to the host family, but not to sit down and relax. That very same evening it was time to meet my first informant for my research topic, and I have also done some work on my laptop after dark! I am not going to tell you what it is about at this moment, but maybe when my project is finished, I will publish some blog post about the results. We’ll see about that later! 😉

P.S.: Our ‘Nanny’ (grand mother) got herself a hot water gas boiler installed, so we can now actually shower at her place! No need to run to the neighbors anymore and no ice cold water anymore. Can my day be happier?! #feelingblessed

Somewhere over the rainbow, skies are blue And the dreams that you dare to dream Really do come true