After a great weekend in Pululahua (see former blog post), I received an urgent message from Yanapuma. I got the start signal to go and visit the projects where I will be traveling to the next 10 weeks. And so I packed my bag quickly to take the first bus in the morning heading to Santo Domingo to visit the Tsáchila community, where I would arrive in about one week with my volunteer group.

I left home at 9 o’clock in the morning, had to take two buses to get to the main terminal in Quito, where I took a bus to Santo Domingo around 10h30. After 3 hours I reached Santo Domingo, a dangerous and very uninspiring town, but the only transport hub for Tsáchila. I travelled about 150 kilometers and changed an altitude of 2850 meters in Quito to 625 meters in 3 hours, resulting in hearing blockage. I had this kind of ear plugs that made me feel deaf.

As it was about lunch time, I decided to check out some food because that would probably help to get rid of this annoying ear problem. But on my way to the bakery I realized this town was not safe to walk around with a backpack. I headed quickly to the bus stop to catch my ‘ranchero’ towards the community of Búa where the Tsáchilas live. Unfortunately, I couldn’t find the right bus or bus stop and I was told by a local vendor that I should take another bus to another terminal to catch another bus in order to get to that place. I already felt lost and demotivated as the sweat ran from my body. Santo Domingo is not only more than 2000 meters lower then Quito, it is also 20°C warmer. Hot and humid, to be more specific.

When I arrived to the other terminal, there was no bus or ranchero to find which was heading to Bua. I felt desperate and unsafe, being the only white person in the middle of a crazy and hectic bus station. Out of pure desperation, I decided to become friends with some local stranger. I found it was important to attach myself to at least one person who would be aware of my existence and safety here. This new ‘friend’ told me that the bus to Bua just left, and there would only come another one in 2 hours. Right!

When the bus was finally there, it took another hour of bumpy roads through banana fields and forest before I finally arrived to the place I had to be. My feeling changed quickly on the bus, as I noticed everybody on this bus was from the same community and they all knew each other. Of course, they also knew the man I was going to meet in Bua, and they notified me when to get off the bus. Some children offered me some strange typical fruit, which I had never seen or ate before. I felt welcomed…

Once of the bus, my direction sheet said: ‘walk right from the house, take another right and after the 200 meters you will reach the community.’ The paper didn’t say that I had to walk all the way on my own through a forest with absolutely nothing to orientate you, and that it wasn’t right-right but right-left. I felt unsafe and lost, decided to return to the house, ask the people for better directions and after all reached the community.

There was nobody. I was all alone in the jungle, it was starting to rain and the only thing I could do was waiting. Fortunately, the man I was supposed to meet arrived soon. But I can tell you; these fifteen minutes of being alone in an area where nobody else is and you being surrounded by rainforest are frightening… And in such moments of desperation and tiredness, one minute lasts hours.

The next hours with Alfonso, the leader of the community of the Tsáchilas, changed my state of mind abruptly. This man was so special, friendly, open minded and making me feel comfortable. In an hour I changed from feeling a weakling to feeling somehow at home here. I guess the best explanation to give is that Alfonso is an old soul and has the ability to understand a person by just taking time to talk with him. There was this kind of immediate trust I felt for this man, as if he could be my father. I just knew I was safe with him around, and maybe that’s the reason why he – and only he – can be the leader of this community.

As it was raining all night, there was nothing else to do then to enjoying a dinner with fresh fish from the river, rice and bananas, and listen to his wisdom and life story. I also met Richard there, a French sociologist who is living in seclusion there in order to write a book about the Tsáchila and Alfonso’s life, with the support of the Yanapuma Foundation. He was also a very inspiring person.

Well… What can I tell you briefly about the Tsáchila tribe? The name Tsáchila means “true people”, but the Spanish referred to them as “Colorados” which means “red”, a name chosen because the men of the tribe shave their hair off at the sides with the remaining hair sculpted with the use of a mixture of grease and red achiote seeds into a pointed peak cap-like shape.

It is believed that the Tsáchila numbered around 20.000 in the late 18th century, but only an estimated 2.000 Tsáchila remained in 8 small reservations. Primarly, they were an agricultural community, and currently they work hard on retaining their unique culture and heritage in a fast changing world.

The next morning I woke up from the sun lightening my ‘room’ around 6AM. As my ‘room’ had no doors, no windows and only a ‘natural floor and ceiling’, I could hear how nature woke up. Unfortunately, there were not only birds flying around but also mosquitos (and yes, of course I got bitten). When taking some stuff out of my bag, I discovered a cockroach. As nature was the upper power here, I decided to let it and wait until it would walk away again itself.

After a strange but delicious breakfast (fish + banana in a bowl), I met Alfonso again and talked another few hours with him, this time we focused on the work we would do with the volunteers the coming weeks, and we tried to make a daily schedule. Of course, this would depend on a lot of things: weather, culture and the everlasting ‘mañana’ mentality which can make vast plans change in one second. 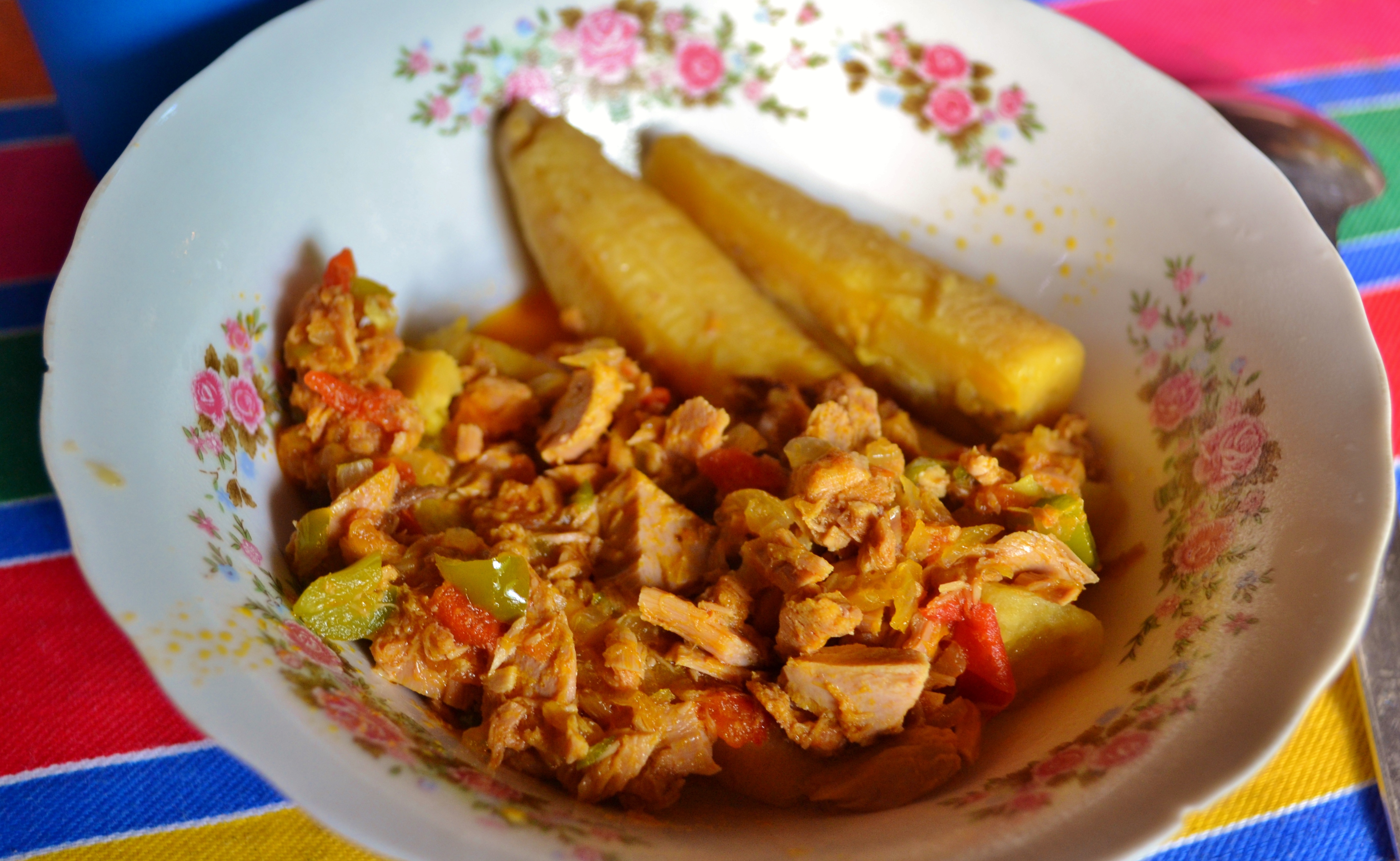 As the rain stopped (it usually rains in the afternoons or at night in the jungle), Alfonso showed me the surrounding areas, including the river where we would wash ourselves during two weeks. For this time, as it was only one night, I decided to skip this part and return home without a “shower”.

Funny note… In the Bua community, there is only an ecological toilet where you have two holes in the floor: one for the pipi and one for the poopoo. So I better learn how to point it in the right hole, and don’t forget to cover it (just like a cat!). I can tell, it’s a different experience!

At 11 o’clock I decided to head back to Quito, as I wanted to arrive before dark there and I didn’t want to take any risks with the traffic problems of yesterday. Saying goodbye to Alfonso was more an ‘until we meet again’ and despite of the basic living conditions, I felt somehow happy to be there again soon. I had just been here one night, but I could feel it was a special place promising a change in my life if I would have gotten more time to be there, work, develop, compare and overthink life.

Around 6PM I arrived back home, later than expected because apparently there had been an landslide (seismic shift) on the road between Santo Domingo and Quito. Therefore, I had to travel longer than expected via other roads leading to another terminal in Quito. I guess this is normal here. Welcome to Ecuador!

And oh, what did it feel good to be home again, with a comfortable bed, shower and proper food…

P.S.: When I unpacked my bag, I discovered the cockroach did not walked out of my bag and had traveled the whole day on the bus with me. Thankfully, my host father eliminated the animal and after all, I could smile about it. I better get used to it!